We are growing ever nearer the end of July and the close of this great month dedicated to the 5 master's of Haiku.  Today's post is dedicated to Shiki from the prompt found on Carpe Diem Haiku Kai:


Because of a debilitating disease (tuberculosis) Masaoka Shiki had to be confined to his bed for almost 7 years until he passed away. Despite the pain, he continued writing poems while lying on his back. When Shiki came near to death, one of his disciples, Hekigoto was at Shiki's bedside. Hekigoto wrote about how Shiki wrote his final three haiku as follows:
[…] "It was around 10 o'clock on the morning of September 18. I dipped his old writing brush ,whose stem and brush were both thin, full of ink and had him hold it in his right hand. Then quite abruptly in the center of the paper Shiki began to write readily "sponge gourd has bloomed " , and a little below that phrase, he again moved his brush in a breath "choked by phlegm" I was a little curious what he was going to write next and was watching the paper closely, then at last he wrote "a departed soul", which bit into my heart". [...]

Hekigoto was probably the most famous of Shiki's students. He was of the younger generation of haiku greats. His earlier poems followed the traditional haiku format. Later in his career he began to abandon the traditional form. He wanted his poems to come as close to reality as possible without the interference of man made rules. He started the New Trend Haiku Movement. He experimented with disregarding the seventeen syllable pattern.

And this is Chèvrefeuille's effort: 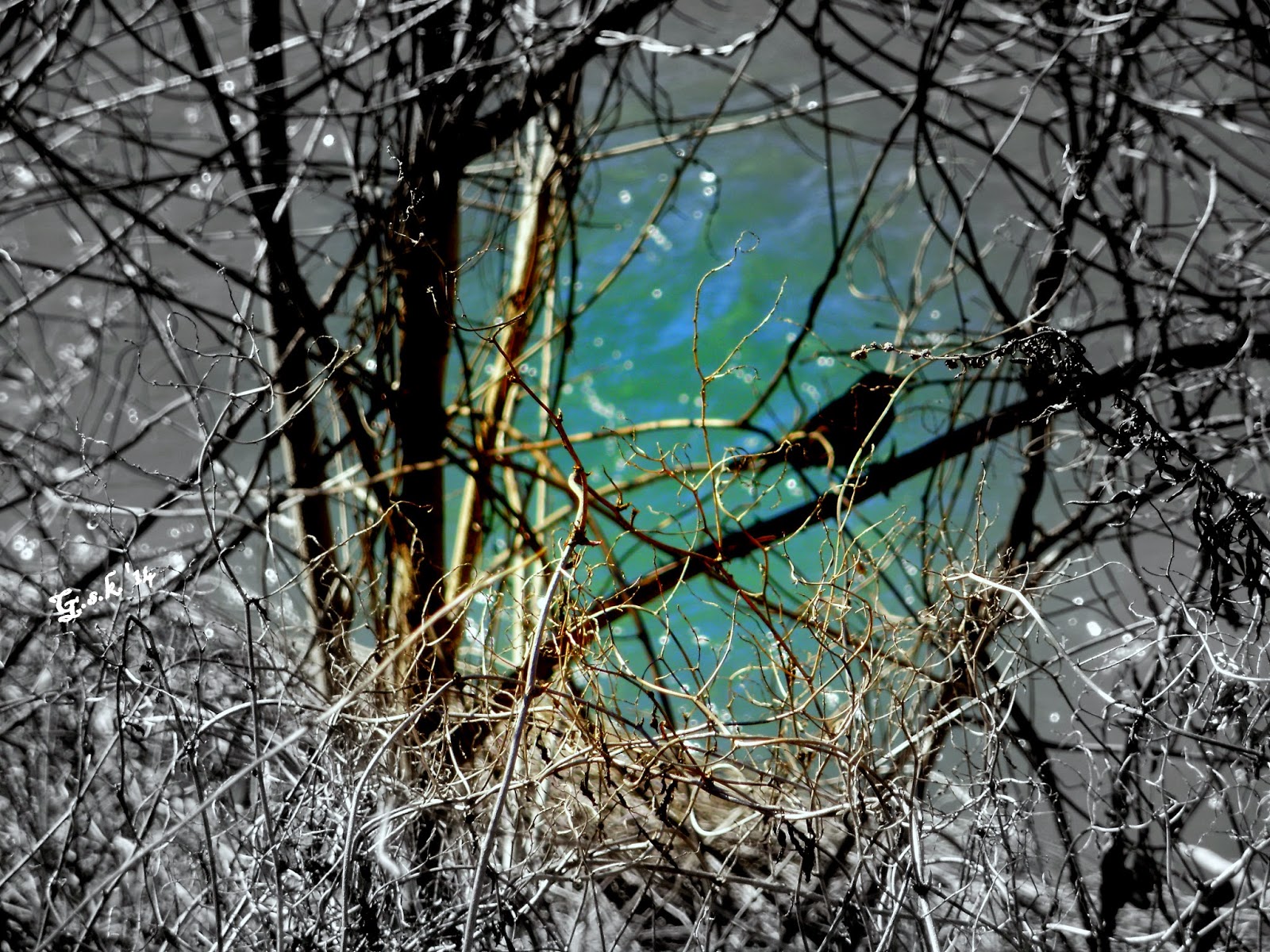