St. Francis of Assisi is not only my favorite saint, but he's also the patron saint of Italy! 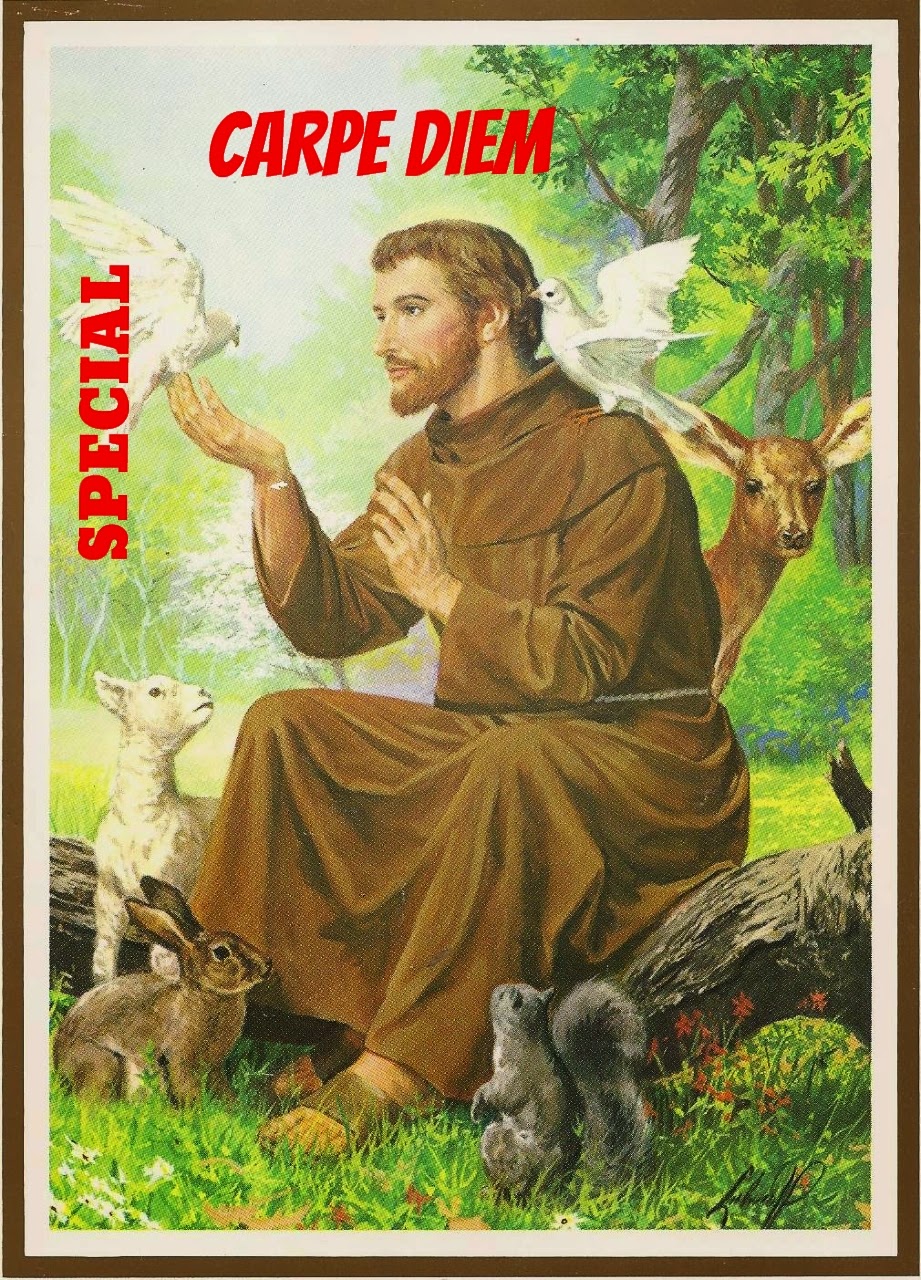 
Italy until very recently was a very poor country .. divided over the centuries after the fall of the Roman Empire, the people learnt to live with their poverty despite the encroaching Normans, Germans, Spanish, Saracens or whomever.  On top of all that there was the Church and its opulence, and seeming indifference to the poor of the Earth! This gave rise to many religious reformers, many of whom found their way to the stake for heresy ... a fate that was nearly St. Francis' as well!  It was a miracle and of course the humble personality of Francis which saved his order from becoming numbered among the many "poverelli", as the members of these movements were called in his day, to be marked as heretics.

Francis' illumination came about after he'd returned from war.  He had been a prisoner in the dungeons of Pisa.  His father, a rich merchant was horrified that his only son should renounce the world to live as a beggar in the Tuscan hills.  There are many stories about S. Francis ... we all know of the story of his preaching to the creatures of the Earth ... like birds and even wolves, whom he called his brothers and sisters.  Exactly why Italy chose him for their patron saint is beyond me and I don't want to research it right now.  I'd like to think it was because the people who'd lived in such poverty for centuries felt that only a beggar could intercede for them at the throne of God.

an autumn walk
among the poor of the streets
Francis' people

haunty rich men
your souls live in poverty
you receive nothing

the here and now
serenely understanding
a spider's web